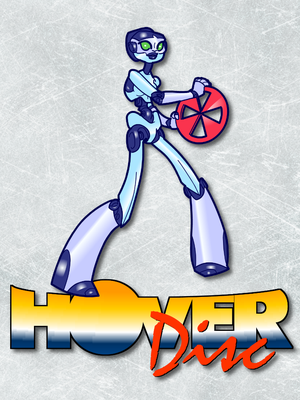 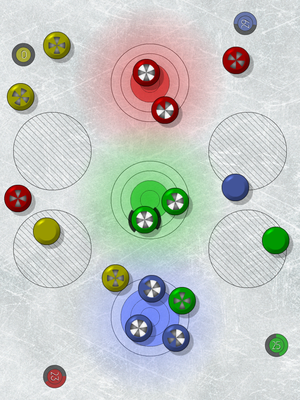 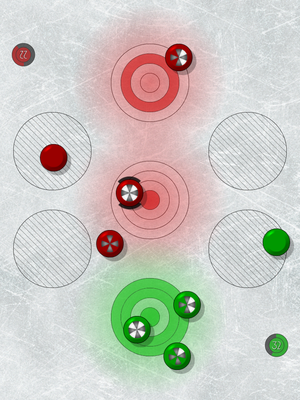 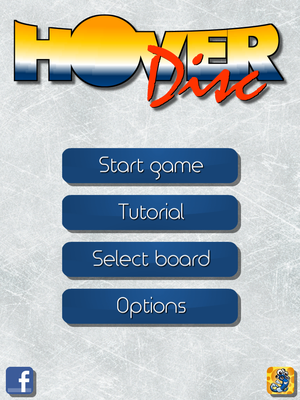 Maybe it's a good idea to arrange an apology in advance, because just a few rounds of Hover Disc will get you and your friends on the precipice of madness. This may look harmless, but what seemed like an attack just a second ago, is revealed as a insurmountable defense tactic. And this move, which could have been nothing more than a feeble attempt - is now a mind-boggling attack at the center of your strategy. Playing Hover Disc, nothing stays long as it seems. Although it's only about pushing your discs into the targets - and those of your enemies into the off. Yeah, "only".


It's so easy, just push your discs into the targets. But, wait... maybe not?